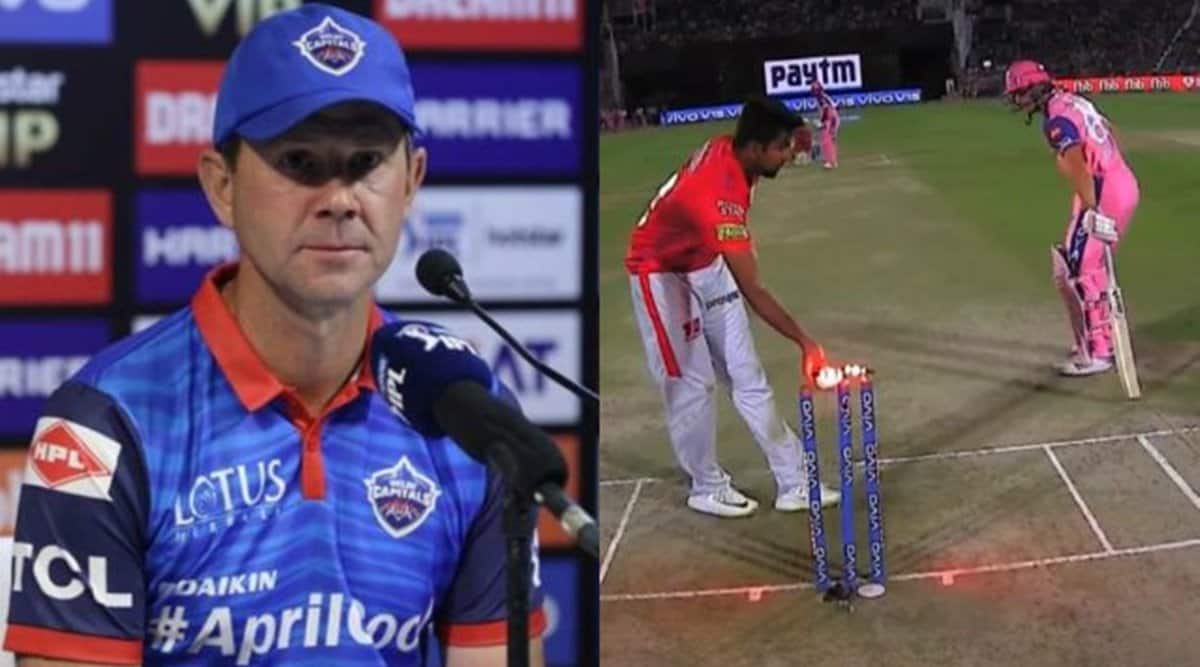 Delhi Capitals head coach on mankad in the final ball of an IPL match.

Ever since Ravichandran Ashwin’s ‘Mankad’ against Jos Buttler last year during the Indian Premier League, the topic has polarized opinion regarding the ‘spirit of the game’. While Ashwin firmly believes that the dismissal keeps the game more balanced, Delhi Capitals coach Ricky Ponting has been quite vocal against this form of dismissal.

In a recent virtual chat on Amstrad Insidesport Face 2 Face, Delhi Capitals head coach Ponting was once again put in the hot seat regarding his views. During the chat, the former Australian batsman was asked if he would allow Ashwin to mankad a player in the final ball of the IPL finale.

Ponting straightway said that he wouldn’t want him or any of the Delhi players to mankad in such a situation, because it would leave a “hollow-feeling” no matter what the outcome.

“I’m not gonna bowl Ashwin, the last over of the game. But if that’s the situation I wouldn’t want him to mankad because that’s going to be a hollow feeling to win an IPL from a mankad,” Ponting said.

“Although the mankad is a simply playing rule of the game, but I’m not happy with it,” he added.

Ponting also talked about the atmosphere in the Delhi Capitals’ camp and heaped praised on newly recruited Ajinkya Rahane and skipper Shreyas Iyer.

Despite the praises, Pointing clarified that Rahane won’t be automatic selection, but looking at his current touch he is likely to be part of their opening clash against Kings XI Punjab on Sunday.

“No, he’s not an automatic selection and I’ve already spoken to him about that. That was first conversation I had with him when I landed here about the expectations of him and how I want him to play and two about the areas where I could work with him to improve his T20 batting,” Ponting said.